Case Study On Digital Marketing Campaign In Hyperconverged. 1 of 3

As part of my digital portfolio, I constantly look into building up pipeline of business deals to feed into my corporate funnels.  One important element is to also feel the pulse of the industry.

I recently spoke to several industry players about the development of hyperconverged business (consolidated highend computer servers with software-defined management capability) in the enterprise IT market.  Some came across as perfunctory while others lamented about its product and solution positioning.

In 2017, HPE spent over half a billion (in cash) to acquire SimpliVity, a US-based company and a key hyperconverged industry leader, to accelerate its move into Hyperconverged segment of the Hybrid IT market.

Stiff competition was not just within the hyperconverged industry (with the likes of Dell EMC and Nutanix, which are HPE’s de facto nemeses) but also (indirectly) against the cloud vendors, such as AWS, Microsoft and AliCloud.

Time would tell how Hybrid IT in general would pan out.

As a channel partner of HPE, my team and I conduct frequent consulting and marketing drive to promote IT solutions based on their technologies and architectures.

In one of our digital marketing campaigns, we conducted some research for an initiative we intended to run since another digital campaign, the Gorilla Report programme back in March/April 2018. 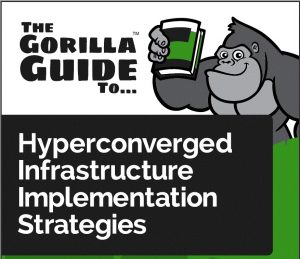 But as we carried out our studies, we discovered some surprising trends and perhaps not very optimistic findings.

In preparation of the campaign in Hybrid IT, one of the first things we did was to draw up a list of keywords and phrases.  We also researched on trends analysis.  There are a few keywords which are implicitly tied to Hybrid IT, such as the phrase itself, Hyperconverged and SimpliVity, among others.

The followings were the parameter I set for analysis on Google Trends:

Hyperconverged and Hybrid IT were probably the two most common non-vendor specific keywords or phrases.  I was therefore surprised with what I was about to discover!

The first indicator showed that ‘Hyperconverged’ as a keyword seemed ‘volatile’.  As shown in the graph of the image below, by Google Trends engine. 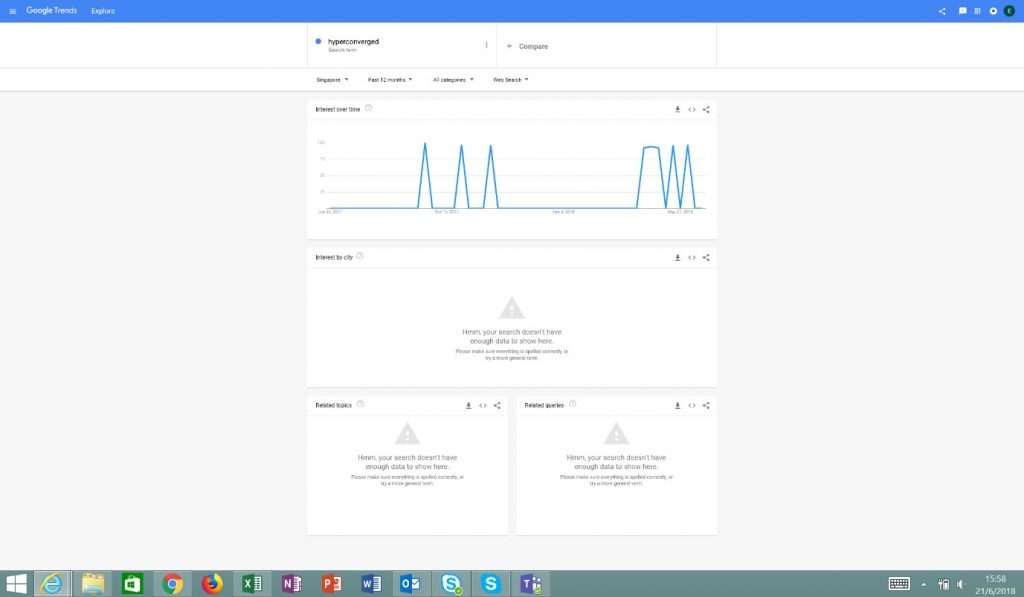 Secondly, ‘Hyperconverged’ had insufficient data on the internet to allow the engine to produce the various dashboards for analytics.

I then sought second opinion from several folks who were well-versed in digital marketing, whether these reflected the market potential of hybrid IT solutions and products?

If it did, should I re-calibrate my keywords and phrases or even the overall digital marketing strategy?

What came next might make those marketers from the enterprise IT segment who dabble with hyperconverged businesses, ‘stunned’!  I would share more in my next post… 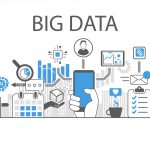 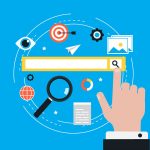