Tons of Comments Every Time You Post a Message! Tips to Get Reactions from SNS Users for Your Posts 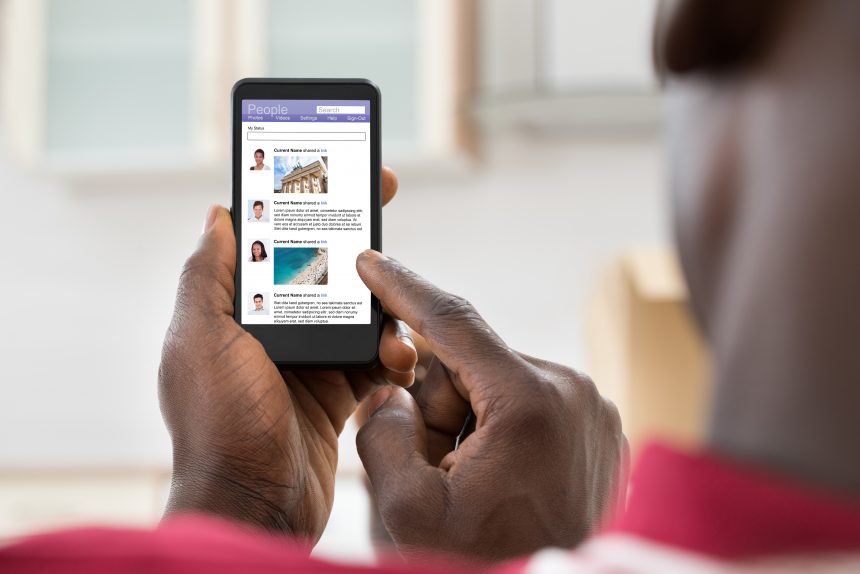 Mindfully engaging your users by asking questions (?) will make your fans to respond and create opportunities to strike conversations.

You only get a few likes even if you post.

When it comes to comments, once a month in a good month…

Hi, this is Tamura.

“Although I post messages often, I receive no comments. And rarely do I get any ‘Likes’.” If your status is like this, you may be wondering why bother with social media. Social media often require skills to maintain effectively, and if done wrong, not only is there negative feedback from your boss, you yourself won’t have fun doing it.

To be effective and get the feedback you desire, you must post a message to which your fans are eager to react. That is why all corporate social media operators try to come up with creative ideas in various ways – giving all to images, making full use of the popular 360-degree panorama images, or something else.

Social media, generally, is a virtual space where users communicate among themselves. Albeit that companies post beautiful images or videos just like ads on a slick magazine or TV commercials, if those images or videos do not help create an icebreaker for conversation, they are merely advertisements.

Asking a Question is an Icebreaker that Prompts Conversation.

Just imagine. If a fruit shop owner calls out to the pedestrians passing by, for example, like below:

“These bananas are really delicious! Please buy them!”

Then, each of those who are strolling in front of the shop would think:

“Well, is his price reasonable compared to other shops?”

How about if the shop owner starts to talk to them like:

“Hey everyone, look! These bananas are brightly yellow, aren’t they? Don’t you think they look yummy?”

Of course, there would be some people who only think in their head, but some may respond in a light-hearted tone:

“They sure are, Uncle! This particular one looks especially good!”

From there, a good conversation may start.

This is what I mean by not ! but ?. When you flip your assertive statement into an interrogative one, more people will respond. This applies to social media as well.

The Cases Where You Want to Answer in Spite of Yourself

Let’s take a look at some samples. These are good examples of Twitter and Facebook posts where the users wanted to answer in spite of themselves. 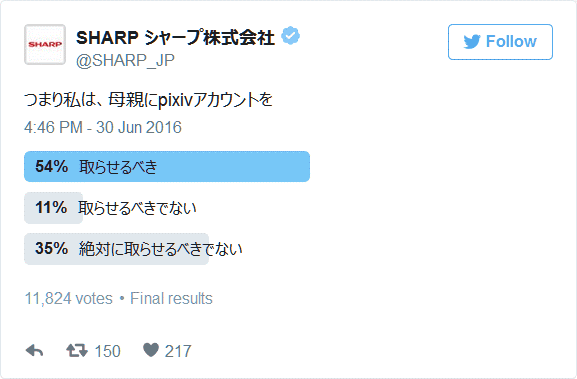 This is a very straightforward question. Mind you, you will not get comments if you do this all of a sudden. The heart of the matter is that the company has always kept building “a relationship where the followers will respond to your post if you pose a question” with open-minded responses.

Ideas for a creative plan is asked here. Every time a response is posted, the information is placed on the timelines of the accounts of both the poll-initiating company and the user who responded. 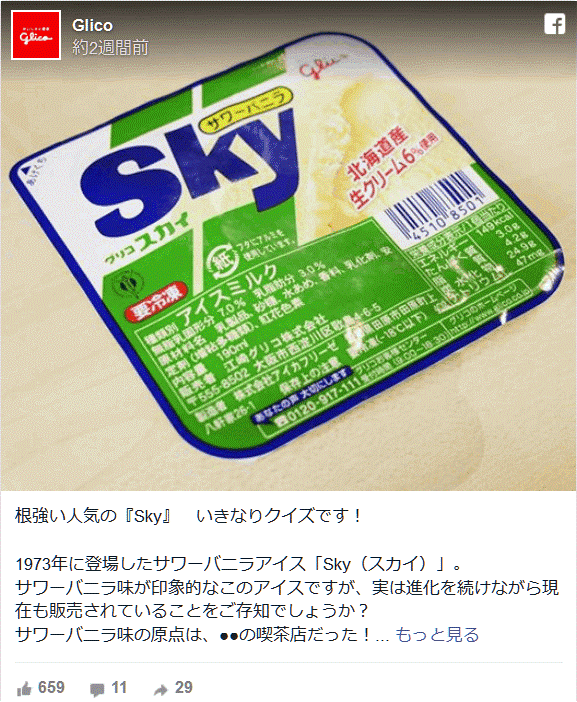 The company is having a party involving the fans by posting a quiz about the origin of their product. For the fans, they only answer if asked. The results are: comments keep coming in. 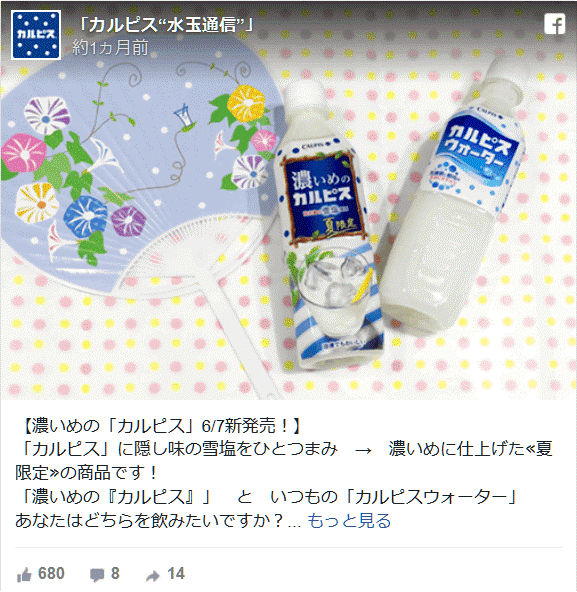 If a company handles two or more products, it is a good idea to ask, “Which do you prefer, A or B (A, B, or C)?” Each user has his or her own reason to like one, so the users have a blast among themselves debating their preferences.

Three Tips to Get Reactions

In these samples, each company is posing a question to the users very cleverly and receiving reactions.

By showing the account activities of companies that effectively involve the users, I hoped to give you some ideas to use immediately in your own social media operations.

However, as I went through the posts of these companies, I began to realize the existence of common characteristics that I feel “are good” not only in the contents of posts but also in overall approach the companies were making with their social media..

Tip #1: When they want reactions, they simply say, “We want your reactions.”

They use direct expressions like, “Which do you like better? Please answer in the comment bar below.” Instead of posting a message vaguely hoping for someone to write a comment, just ask your followers for their comments.

Because various people view social media posts, it is important to write in words so that your point comes across to anyone immediately instead of hoping absentmindedly for someone to get the drift.

Tip #2: They constantly communicate with the users.

If an account that does not usually engage its users in conversions suddenly posts a question to the users, the results would be colder than in Siberia.

Not just posting a one-way information, operating your social media by steadily “picking up” users’ reactions is crucial.

Especially on Twitter, it is to your utmost advantage that your account strikes a conversation by frequently responding to or answering questions posed by others. Don’t just wait for things to happen!

Tip #3: They respond to the received comments in some way.

It is best if you could reply to every comment you receive.

However, you may receive too many comments or ones that you feel ambivalent about how to reply. Although exchanging comments sometimes requires rather high skills, you can respond to the comments with one click on the “Like” icon on Twitter or Facebook. 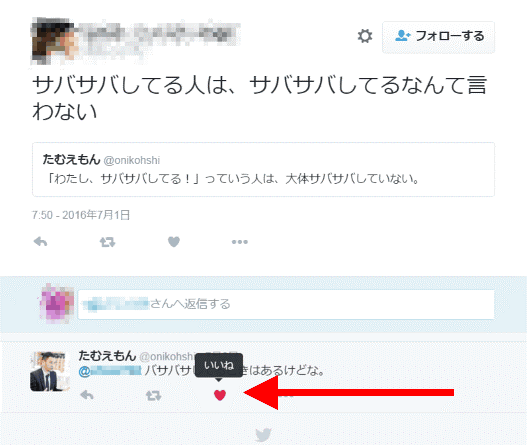 If a corporate account gives “Likes” to comments, it can show the users that it reads their comments. The users will be happy knowing that their thoughts and opinions matter. If the users are happy, they are more likely to respond in some way when you post in the near future.

Summary: The more you engage in exchanges, the better on social media. 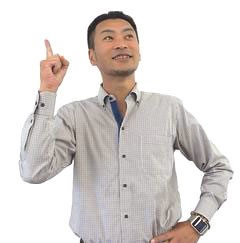 Social media exists for the users to engage in conversations. Under that preface, what should a company do? The royal road, I consider, is a skillful appeal of self or products while engaging the users in a form of communication.

However, there are as many as tens of millions of people using social media in Japan alone; so you can of course resort to using social media as an advertising medium just like the conventional media. I am not saying either is better than the other; both serve the purpose of making users aware of your products or services.

However, if you want to walk on the royal road, it is ? not ! that will generate the most interaction with the users. I hope you receive many comments.

This has been Tamura writing. 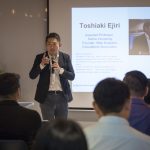