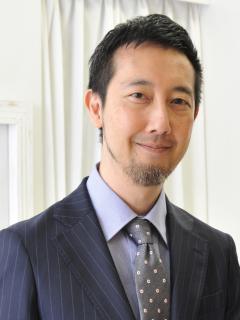 Ozawa has over 27 years of experience & has built up a network in the advertising industry. Having extensive experience in through-the-line production work (various types of print media, TV, radio, promotion events, digital), and has directional skills to control such work with sight of the overall picture. He has gained a wealth of knowledge over the past 20 years in digital production from the beginning of the internet age. He helped over 100 companies set up their corporate web sites and services. Ozawa’s skillset is not just as account supervisor. He also has hands-on web production skills (planning/design, research/analysis, produce, creative direction, copywriting, operate CMS, etc.)
In account service, he has proven track record of managing a team of 20+ staff as account head.

Started out his career in 1994, joining the advertising agency Daiichi Kikaku (current ADK), where he was in charge of the client Mitsubishi Motors, experiencing the various traditional components of ad production for TV, radio, newspaper, magazine and events. Ozawa then went to work for a record company, wanting to further his career in the direction of the entertainment business. Then came the internet age, in which he took strong interest for its possibilities, leading him to go work for Toppan Printing’s web production subsidiary. There, in a time when it was not yet common for companies to have their own sites much less leverage them for their business, Ozawa worked in a newly set up division to help clients set up corporate home pages. He helped over 100 companies set up their corporate sites (Subaru, Sony Music, Nike global site, etc.) When the broadband age came, he worked with an American management executive/creator to transform Flash which at the time was cutting edge technology, from a mere moving image tool into tool for commercial use, which pursued the interactive potential of the web, enabling users to navigate with “touch”, which has now become standard. With the skillset he garnered through his career up to this point, Ozawa set up his own business as a consultant, in partnership with a major integrator, and he worked on large scale projects including those for clients such as Nomura Securities, Hilton International, etc.
Ozawa then joined DDB Japan, serving as account head for the Volkswagen account team, managing a team with over 20 staff, handling work through-the-line for ATL, BTL, catalogues & digital production. After that, he joined iPLANET that is 100%-owned advertising unit of Mitsubishi Electric Corporation in 2019, and now he is engaged in global marketing.