The “Sanpo-Yoshi” concept required in an increasingly complex marketing environment.

From the perspective of contributing to long-term profits, it is necessary to face the reality that the behavior of consumers has changed significantly in the first place. Previously, the one-way relationship was allowed between manufacturers and consumers.

For example, in an extreme example, there was a widespread way of saying, “This product is the best, best of all, why? because it’s the best… !”

This is because the source of information for consumers was limited in the first place, and this method could reach many consumers. In other words, marketing was unilaterally sent from the media in a centralized way.

The framework for consumer behavior that symbolizes that era is AIDMA. This is an abbreviation for Attention, Imagine, Desire, Memory, Action. Get attention, imagination, desire, remember, buy. This was the way of thinking.

For example, in a TV advertisement, you say that talent having a product says, “This is the best product”. Does this still work in this era? Actually it’s different. After seeing a famous talent advertise with the best smile, consumers soon stopped buying. why. 1 one will have a background in the search engine has been democratization. You can easily compare products in a Google search engine.

For example, it is the time when consumers themselves can search and access actual information, whether there is another similar product.

In addition, after consuming our customers and content, we are now in the age of writing on Twitter and social media with our own experiences. Information sharing has also become democratic. With the democratization of search and sharing, the influence of each customer has never been higher. This phenomenon is called AISAS. Attention, Imagine, Search, Action, Share. With the addition of search and share, marketing has changed from a corporate focus to a consumer focus. Furthermore, we are now one step further from that and we are in the age of engagement. Through branding, we are a society that builds lasting relationships.

The idea of ​​aiming at good things for both sellers, buyers, and society in relation to society is called “Sampo Yoshi” in Japanese, meaning good 3-way satisfaction, not only one of them is profitable, but also good for sellers, buyers, and people. The idea is that none of these three should be left behind. There is a word in Japan that “If you are doing bad things, the sun is watching you.” Let us practice marketing methods which are not embarrassing, The sun sees everything.

Born in New York, the USA, he is the CEO and Founder of Creator’s NEXT, Inc. He graduated from Keio University in Japan with a degree in policy studies, and at the age of 15, he did his first programming development and built user-generated media. He has been invited to speak on digital marketing in Spain, Hong Kong, Singapore, and Luxembourg, and has won many hackathons. He won the Good Design Award, won KVeCS 2018 Grand Finale, and was invited to New York, won IE-KMD MEDIATECH VENTURE DAY TOKYO, and was invited to Spain. In 2019 and 2020, he will be selected from 37,000 people to be the best web analyst in Japan (Best of Best) for two consecutive years. He completed the Global Consumer Intelligence Endowed Chair in Global Consumer Intelligence/Matsuo Laboratory (GCI Winter 2019) at the University of Tokyo’s Graduate School of Engineering, Department of Technology Management and Strategy. He completed the MIT Sloan & MIT CSAIL Artificial Intelligence: Implications for Business Strategy Program at the Massachusetts Institute of Technology.

He has a strong background in implementing scalability in global marketing and has written textbooks on marketing and A/B testing and has spoken and trained in front of over 3,000 marketers. His web analytics tool KOBIT is used by more than 8500 companies in 15 countries.

What is the KA method that is important for UX?

What are the steps and approaches to web improvement that can be taken based on bounce rates and exit rates? 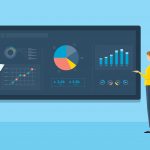