[KIT] How to get better at CSGO?

To begin with, you should learn how to control your weapon. There are many weapons in CSGO but you should pick one to master. Each weapons in the game have different spray pattern so picking one gun to master is the best way to win fights. Gun’s spray pattern are the same every time but most people can only control the first few bullets (some can control the full magazine spray). Master those first few shots can guarantee you the kill because it only take two to three bullets to take down your enemy and if you are a good aiming then you can go the head and get an instant kill. When you manage to control the first few bullets, try to control those bullets in different range. You will find your self engaging enemies in different range so learning how to control that is very important as well. However, some time it is to tap shots rather than spray especially in long range shoot out. Tapping shots give you more accuracy and control so that you can hit those headshots to kill your enemy instantly.

Furthermore, you need to learn how to position yourself. Positioning is very important in CSGO. Bad positioning can get you kill easily (you might even get knifed in the back). There various positions you need to learn in different maps. Using throwable also require good positioning. To maximize the used of your throwable, you need to know where to throw it. There are many YouTube tutorial on throwable tricks so you should check it out if you want to know. Good positioning can also hide you from your enemy. When enemy not knowing where you are, you will have a higher percentage of killing them and they will have a low percentage of finding and killing you. Positioning can be learned from past experience but it differs in different maps so you should stick to a map and master it fully before continuing to the next one.

In conclusion, these guides are just some ways to improve your skill but it is not absolute required. Winning the game not only depend on you but on your teammates also. 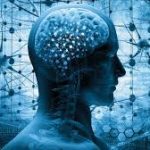 [KIT] How to work under pressure? 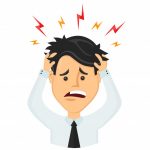