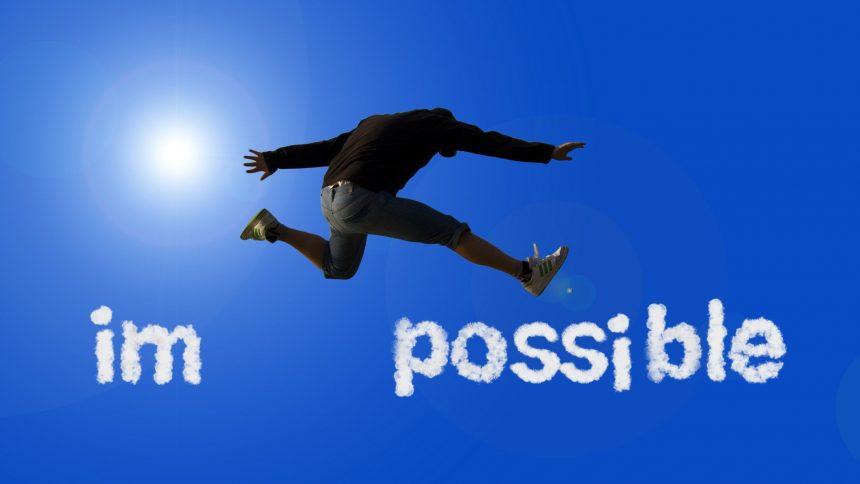 12 Keys to Self-leadership, Seemingly Impossible Results
and an Unstoppable Team

All my professional life I’ve struggled with what are broadly referred to as “human skills”. Emotional by nature and rebellious by choice, it’s sometimes been extremely challenging for me to follow the sage advice “Be hard on the issues, but soft on the people.” Now, in perhaps one of the greatest ironies of my life, I have become the lead facilitator for a series of workshops on “human skills” for Tokyo Medical and Dental University professors. I’ve distilled what I consider the essential human skills into a “mindset toolkit” that makes these sometimes-fluffy ideas succinct and accessible.

The 12 Tools. The 12 heuristics below have helped me transform Feelings, Actions, Communication and Thinking (F.A.C.T.) in myself, my colleagues, and the thousands of people who have survived what I affectionately call my “workshocks” (workshop seemed too tame a word).

Perception is NOT Reality. Like just about every young person on this planet, I grew up thinking that the view of the world my senses transmit to me is “reality”. Gradually this notion was transformed through education and experience. In my university physics classes I learned how different the reality of our universe is from my perception of it. Solid objects? They’re mostly empty space. Visible light? That’s just the part of the electromagnetic spectrum that my eyes can detect. Since then I’ve found plenty of examples of how easily our perception of reality is distorted by the way our miraculous brains work. Optical illusions provide a powerful example of this. As a result of my experiences I now understand that there are everyday situations in which I can’t accurately see, hear, count, or add. As a result I’ve developed a healthy skepticism about what my brain tells me is “reality”, a great deal more humility about what I know to be “true”, and a more open mind. Very handy!

Complex is NOT Complicated. Although birds flying in flocks are fairly close to one another, they somehow manage to execute their aerial ballet without mid-air collisions. This is just one of many everyday phenomena that appear complicated, but are merely complex. Complexity Theory has proven that relatively simple principles can underlie apparently complicated situations. Knowing this has inspired me to look for organizing principles and patterns in tumultuous times. Even if I can’t perceive the underlying patterns, I no longer find it intimidating to face a situation that seems complicated because I know there is a possibility that a simple order lays beneath the perplexing exterior.

There is NO BOX – Except in Our Minds. The greatest obstacles I’ve faced in my life have been self-imposed. Adult human brains seem to readily embrace negative thinking, and overcoming this tendency takes conscious awareness and discipline. Possibilities multiply when I stop thinking about the obstacles to success and start asking “What’s possible?”, “What seems impossible?”, and “What would make ‘impossible’ become possible?” Self-limiting assumptions and beliefs kill many ideas before they are even voiced. Logic and reason fail us because we can’t perceive reality or the entire catalog of possibilities. Serendipity and intuitive leaps are legitimate paths to discovering new possibilities. They’re just anxiety-inducing for those of us who prefer to know exactly what’s going to happen before we begin!

Replace Judgment with Curiosity. I vividly recall the day in August 1995 that I discovered that my brain was a voting machine – constantly judging whether something was good or bad, right or wrong, whether I liked it or didn’t, or whether I agreed or disagreed with a particular point of view. This polarized thinking didn’t leave any room for nuances in my perspective or graciousness in my behavior with those on the opposite side of an issue. Gradually I came to appreciate “shades of gray”, and the value of being curious about other people’s perspectives. I no longer imagine that my way of achieving results is the only way, and I try to help people discover what’s possible instead of leading them in a direction that I think they should go.

“Impossible” is Merely Difficult. There are dozens of famous examples of everyday occurrences that were labeled “impossible” by some smarty-pants at some point in history. Before their invention, experts scoffed at the notion of airplanes, rockets, home computers, and brain surgery. Thought leaders proclaimed radios, telephones, TVs, and automobiles to be passing fads that would never achieve commercial success. Because these pundits couldn’t personally imagine HOW to achieve something, they labeled it “impossible”. But even the smartest human being doesn’t know everything. And the future often brings changes in circumstances that invalidate previous assessments of feasibility. I’ve developed a healthy disregard for anything labeled “impossible”. To me that word just means that we haven’t found a way . . . YET!

Change Feels Uncomfortable. When something is new or different it can push us out of our comfort zone, triggering negative feelings. As a result many people avoid, or actively resist change. Charles Darwin said, “It is not the strongest of the species that survives, nor the most intelligent. It is the one that is most adaptable to change.”Many times in my career I’ve faced challenges that felt overwhelming. At these times I’m filled with a mixture of anticipation and dread. Recognizing my discomfort as an indicator of an exciting challenge, instead of a warning that I should flee, has enabled me to take advantage of opportunities that others might have declined. Now I make a habit of putting a big smile on my face and shouting “Wooooooohoooooooo! I’m uncomfortable!” when that feeling strikes. It’s done wonders for my relationship with change.

Different ≠ Deficient. All my life I’ve been the “different” one. When I worked at HP one of my friends gave me a book called “A Peacock in the Land of Penguins”. Reading it helped me understand why I felt so out of place. Now research has proven that diverse teams have an advantage over monolithic ones. And the most diverse business organizations deliver substantially greater business results. It’s challenging to deal with differences, but the benefits are undeniable. Imagine a baseball team with 9 great catchers – no one would expect them to win! Aside from the obvious types of diversity such as gender and ethnicity, I’ve found differences in thinking and work style even more challenging to handle – and extremely valuable in equipping a team to deliver breakthrough results.

Collaboration Beats Competition. I’ve never played competitive sports, and from an early age I had an aversion to playing games that had winners and losers, especially if I was the loser. Even though my grades were excellent, I avoided comparing them to others because of something my wise mother told me: “There’s always someone better than you and there’s always someone worse than you.” Collaboration, on the other hand, has always intrigued me. When I was young I rallied the neighborhood kids to build camps in the woods near our home, and plan lengthy bicycle trips that our parents had no intention of allowing us to embark upon. Over the course of my career I’ve discovered that making the pie bigger is more profitable than arguing over who gets the biggest share of a few crumbs.

Creativity Is Risky and Messy. Experiment! Many organizations say that they want more innovative products and services, but don’t provide an environment supportive of the messiness associated with creative endeavors. The creative process is non-linear. Fifty percent progress towards the goals may not be evident when 50% of the budget is spent. First drafts often fall far short of the final requirements. An unimaginative person might struggle to keep their anxiety at bay as their team lurches unpredictably towards success, while the courageously creative shout the credo “Prototype, don’t perfect!” Teams able to rapidly integrate feedback from experiments and prototypes can achieve far better results than those who obsess over perfection in the first revision.

Most Failure is Avoidable. Although I’m equipped to support my clients with sophisticated leadership and team effectiveness tools, the problems they face rarely require more than the most basic models and insights. Most teams continue to fail for entirely predictable and avoidable reasons, such as the failure to build trust, the inability to communicate effectively, the absence of clear, shared goals, and a lack of agreement on priorities that must drive the allocation of scarce time, budget and other resources. A memorable example of this is the story of a whale being tracked using a transmitter attached to it’s body. It disappeared from the radar immediately upon submerging because the device wasn’t waterproof! Common knowledge and common sense aren’t common practice. It’s the discipline to DO what we know that is lacking in so many individuals, teams, and organizations.

Make Mistakes and Fail Forward. Risk-taking and mistake-making are a necessary part of the journey to innovation. But we usually assume that mistakes are to be avoided, and failure tends to be surrounded by blame and shame. Rather than playing the blame game, a much healthier and more empowering view is that mistakes are stepping stones towards the goal. At HP Labs, one innovative team’s guiding credo was “Build a tall junk pile!” Fail fast, fail forward, using feedback to learn and improve along the way. In order to encourage appropriate risks, I require people on my team to make at least 3 mistakes a day – new and more exciting mistakes, of course, not the same ones over and over again.

You Can Lead from Any Chair. Like many people, I once believed that leaders were found at the top of an org chart. But after decades of working with dozens of organizations I’ve seen plenty of people occupying a leader’s chair, but not leading. As a result I’ve learned that leadership isn’t a position in an org chart or a title on a business card. A leader is someone who acts like a leader, communicates like a leader, and thinks/feels like a leader – regardless of position or title. This insight carries with it a weighty responsibility. Once we realize that we have the power to make a positive difference we can no longer be content with merely complaining about upper management. In my first corporate job at HP, I pretended that this 100,000 person company was my own, and that what I did mattered. Thinking and acting like an owner gave me the courage to do and say what others only dared to think. Leadership isn’t always rewarded, but I find it much more rewarding than waiting for solutions from above while complaining about the inadequacies of the management team.

Why Change? Tolstoy said “Everyone thinks of changing the world, but no one thinks of changing himself.” These 12 tools have the power to transform our teams by changing ourselves first. Don’t believe me! Do the experiment and see for yourself. I look forward to hearing about your transformational mindset adventures.  – Kimberly

Kimberly Wiefling lives and works in Silicon Valley, California, USA. She has been called a force of nature – the good kind! She creates inspiring workplaces by helping “groups of people” rapidly become “true teams” so that they can achieve what would be impossible for any individual acting alone. And she helps these teams accelerate their progress by applying common sense principles proven effective globally in the real business world. She is the author of Scrappy Project Management, also published in Japanese, and the executive editor of the whole series of five “Scrappy Guides.” Kimberly and her Silicon Valley Alliances team work with globalizing businesses, traveling extensively in the US, Europe and Asia. 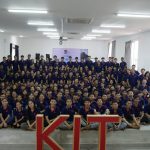 [KIT]Places to should visit when you come to Cambodia 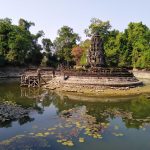